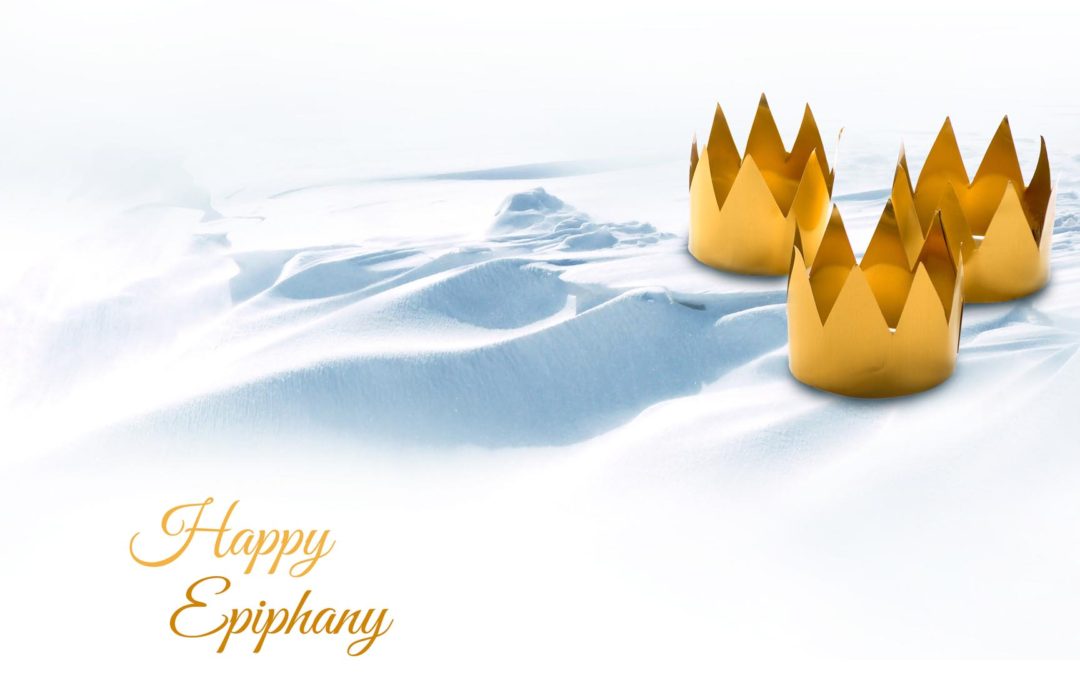 When our son, Dylan was four or five years old, he watched Bambi over and over, must have been 100 times. The stag was an incredible symbol of the male protecting his family. I wanted to share some observations of the connection to the stag and yarrow in the ceremony that we celebrate here on New Year’s Day and on January 6th, the Epiphany. When we decided we wanted to start using the Three Kings Preparation on our place (a set of preparations created by Hugo Erbe based on the gifts of the three wise men) we took turns on New Year’s Eve, grinding the gold, frankincense, and myrrh in a marble mortar and pestle an hour before midnight, enjoying the wonderful aroma of the tree resins.

The Three Kings is stirred and sprayed on Jan 6th, the Epiphany, in a prayer ceremony. The final part of the ceremony is walking the perimeter of the land to sprinkle the water from the Three Kings Preparation, stirring outwardly while saying prayers every fifty feet. We ran out of written prayers, as well as daylight, about halfway around, and then sang songs the rest of the way, till the circle was complete. The songs became more joyous and less solemn as we neared completion. Our son paced the steps and sprinkled the water. This is a photo of me and my family during the Three Kings ceremony several years ago. 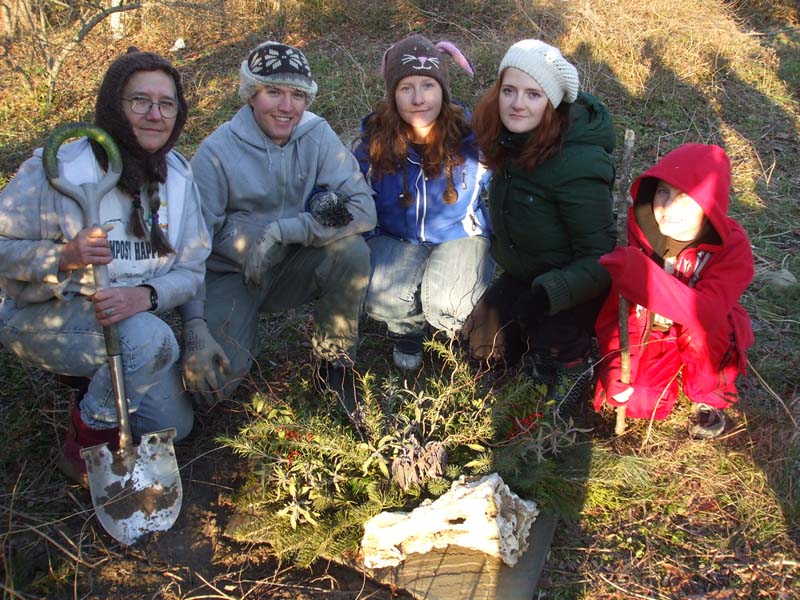 There was an old stag that was dying of old age who came into the backfield. My husband went to the game warden, who lived a couple of houses down and asked him to come over. Our nine-year-old grandson cried when the old stag was shot, but it was explained that it was his time and it was humane to put his suffering to an end. I moved the bones out of the field to the side. In that same spot, I was thrown by my young horse when she stepped on a stick and it snapped. It was not her fault, but I have not ridden since. It was several months before my bruises healed and by then my body had lost its confidence on a horse. Right before Christmas, we had hung the old stag’s skull near the entrance to our door. I remember my husband saying, “You know most people hang deer skulls as a symbol of their hunting prowess. This is a geriatric stag.” It now seems symbolic of him to me. It faces east toward the sunrise. My eldest daughter was with me as we walked the grounds before people arrived for the ceremony. In the sacred grove, I had planted a tulip poplar at the foot of old Fancy Nancy’s grave. There were deer droppings all over the grove, and the tree had been completely girdled by a stag rubbing the velvet off its antlers. We also had an old bench there, rotting away, as well as a cedar tree, several black locusts, and autumn olives, which perfume the air in May. I had planted alfalfa and wild violets there on Nancy’s grave, but only yarrow was growing there, which I had not planted. It only grows in one other place on the farm. Yarrow is one of the biodynamic compost herbs related to the stag’s bladder and helps bring trace elements to plants for their best nutrition. A few days after the ceremony, I was leading the horses (Rosy and Sage) past the sacred grove. They are the daughter and granddaughter of Fancy Nancy, who is buried there in the grove. As they passed the grove, they both reared at the same time, waving their hooves in the air as if in response to the energy there. In all the years that I have been leading them together, they had never done that.

According to Flower Power: Flower Remedies for Healing Body and Soul Through Herbalism, Homeopathy, Aromatherapy, and Flower Essences by Anne McIntyre: The name yarrow is apparently derived from heiros which means sacred, because of the plants association with ceremonial magic. Yarrow was thought to be richly endowed with spiritual properties, so it is preserved in temples and treated with special reverence. Its healing effects on the blood was seen as an ability to influence the’ life-blood’, the essence or ego that is carried in the blood. It was used as an amulet or charm to protect against negative energy and evil, capable of overcoming the forces of darkness and being a conductor of benevolent powers. It is also believed to be a love charm and to be ruled by the planet Venus. In folklore, a maiden who places yarrow under her pillow and repeats the rhyme below will dream of her future husband. In China, yarrow stalks were used to awaken the spiritual forces of the superconscious mind during ritual divination using the I Ching. When my husband and I first met, before the kids, we used the yarrow stalks in that I Ching meditation ritual. It seems to me that there are symbols and memories everywhere I look on this small farm, wrapped in every leaf and breeze.